Common guillemots forage in coastal and open sea waters and breed in colonies on the coast. They are highly vulnerable to surface and shoreline oil. 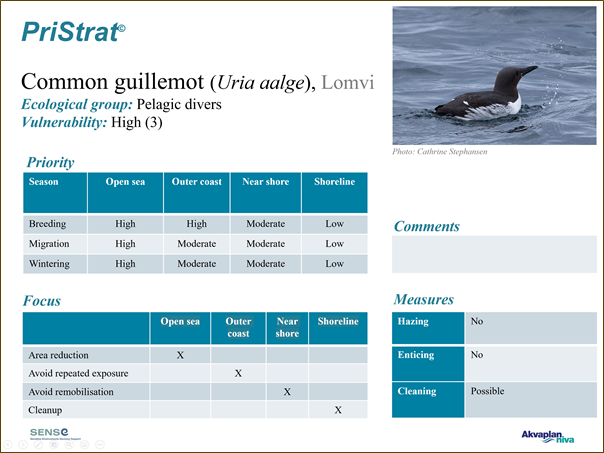 Common guillemots spend most of the time on the water surface. Gathering of large flocks may lead to high mortalities. Oiled plumage will cause the bird to lose flotation and insulation. After breeding the male takes the flightless chick to sea, at which time they are also very vulnerable to oil on the surface near the colony. Common guillemots nest on narrow rocky shelves in the cliffs, usually too high up to be vulnerable to shoreline oiling.

In case of oiling 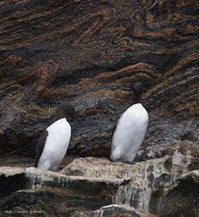